The opening of the Soviet archives in 1995 revealed that more than 300 communist members or supporters had infiltrated the American government.

The Lie: Soviet agents had no influence on U.S. foreign policy during World War II.

The Truth: The Soviet Union conspired to force Japan to attack the United States. Harry Dexter White, who was later proven to be a Soviet agent, carried out a mission to provoke Japan into war with the United States. When U.S. Secretary of State Cordell Hull allowed the peacemakers in Roosevelt’s administration to put together a modus vivendi that had real potential, White drafted a 10-point proposal that the Japanese were certain to reject. White passed a copy of his proposal to Hull, and this final American offer—the so-called “Hull note”—was presented to the Japanese on November 26, 1941.[1]

The Hull note, which was based on two memoranda from White, was a declaration of war as far as the Japanese were concerned. The Hull note destroyed any possible peace settlement with the Japanese, and led to the Japanese attack on Pearl Harbor. In this regard, historian John Koster writes:

Harry Dexter White, acting under orders from Soviet intelligence, pulled the strings by which Cordell Hull and [State Department expert on Far Eastern Affairs] Stanley Hornbeck handed the Japanese an ultimatum that was tantamount to a declaration of war—when both the Japanese cabinet and the U.S. military were desperately eager for peace.…Harry Dexter White knew exactly what he was doing. The man himself remains a mystery, but the documents speak for themselves. Harry Dexter White gave us Pearl Harbor.[2]

The Soviets had also planted numerous other agents in the Roosevelt administration. For example, Harold Glasser, a member of Morgenthau’s Treasury staff, provided intelligence from the War Department and the White House to the Soviets. Glasser’s reports were deemed so important by the NKVD that 74 reports generated from his material went directly to Josef Stalin. One historian writes of the Soviet infiltration of the U.S. government and its effect on Roosevelt:

These spies, plus the hundreds in other U.S. agencies at the time, including the military and the OSS, permeated the administration in Washington, and, ultimately, the White House, surrounding FDR. He was basically in the Soviet’s pocket. He admired Stalin, sought his favor. Right or wrong, he thought the Soviet Union indispensable in the war, crucial to bringing world peace after it, and he wanted the Soviets handled with kid gloves. FDR was star struck. The Russians hardly could have done better if he was a Soviet spy.[3]

The opening of the Soviet archives in 1995 revealed that more than 300 communist members or supporters had infiltrated the American government. Working in Lend-Lease, the Treasury Department, the State Department, the office of the president, the office of the vice president, and even American intelligence operations, these spies constantly tried to shift U.S. policy in a pro-Soviet direction. Many of these Soviet spies were well-positioned to influence American policy during World War II. Especially at the Tehran and Yalta meetings toward the end of World War II, the Soviet spies were able to influence Roosevelt to make huge concessions to the Soviet Union.[4] 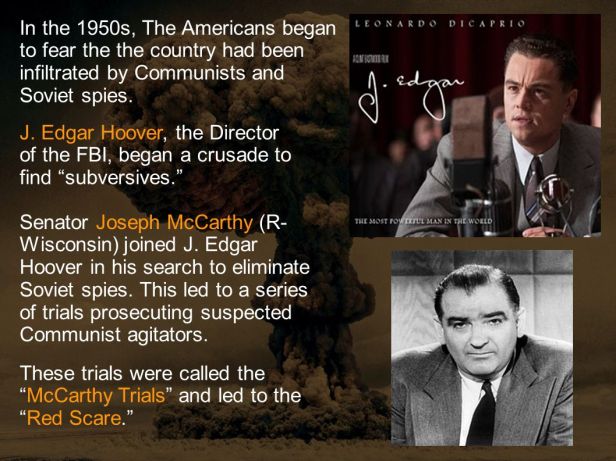 7 thoughts on “Historical Lie: Soviet Communist Agents Had No Influence On U.S. Foreign Policy During World War II. Communist Infiltration Of America Was A ‘Conspiracy Theory’.”