…The document demands migrants get the same rights as natives, immediately, including but not limited to voting rights and access to welfare…

[Within] the framework of Agenda 2030 [formerly UNAg21] is the UN Migration Pact, which after the last meeting in May is now to be finalised at the UN Summit in Marrakesh on 10-11 December 2018. Source here.

Hidden amongst the 38 jargon-laced pages, the compact affirms the “entitlements” of migrants and refugees; including but not limited to additional job training, diaspora “trade fairs,” assistance sending money to their countries of origin, and a commitment to “educating” native communities on the benefits of multiculturalism and increased immigration.

The document insists it is based on “human rights law” and “upholds the principles of non-regression and non-discrimination.”

This means a nation-state is agreeing to not alter its own internal immigration policies after signing up to the compact. What supranational governmental organizations call “pooling sovereignty,” and what the rest of us call “giving up sovereignty.”

The document demands migrants get the same rights as natives, immediately, including but not limited to voting rights and access to welfare. Source: here.

It is not only the UN that works actively to bring about changes in migration issues, but also the EU and other actors. A relevant element is the EU document which concerns the promotion of relocation of refugees within the Member States.

The document uses terms like “compulsory measure”, “legal instrument” and “hard sell”, which suggests a binding character and that the authors of the document have recognised the difficulty of convincing the public of the proposals.

In this document, the EU has also calculated the maximum absorption capacity of each country and concluded that, for example, Germany is estimated to have a capacity of 274 million people and Sweden of 440 million (Table 12). Source: here

How The UN’s Global Compact for Migration Expands On ‘Hate’ Speech Definitions To Criminalize Any Criticism, Even By A Journalist:

The first few minutes of this clip are alarming.

When The Difference Between The So-Called ‘Final Solution’ & ‘Replacement Migration’ Rhetoric Evaporates… Hide It!

The UN now no longer displays this page. One wonders why?

How Did We Get Here? The Following Paper Is Illuminating:

The Future of Holocaust Education:
The Role of Global Citizenship and Human Rights Literacy

The unanimous adoption by the United Nations General Assembly of Holocaust Remembrance resolution 60/7 in 2005 and the establishment of a robust Holocaust remembrance and education programme signalled a commitment by the United Nations to ensure that the lessons of the Holocaust would be passed on to future generations. The United Nations also recognized its responsibility to highlight the vital educational issues of global citizenship and human rights, which today are as pressing as ever, if not more so. It acknowledges the need to develop a new cosmopolitan memory of the Holocaust that transcends ethnic and national boundaries – a memory that is not only connected to the past but also to a common future. A murky wave of xenophobia, racism and hatred is flooding the world, and educators must mobilise to resist it.

The future of Holocaust memory and education lies in its ability to be relevant to the students of coming generations. While study about the Holocaust is important in and of itself, it is even more important to learn from the Holocaust in terms of promoting global citizenship, human rights, religious tolerance and multiculturalism to ensure that such evil does not occur again.

In many locations worldwide, the Holocaust has become a universal symbol of evil. Just as the story of the Exodus from Egypt from the Bible, and the catch cry “Let my people go” epitomises moving from slavery towards freedom, the Holocaust is now the defining symbol of the most terrible denial of basic human rights—an evil that we struggle to comprehend.

Paradoxically, we can transform teaching about the Holocaust from a subject of despair to a subject of hope. We can convey to our students the message that the option of preventing the next Holocaust is in our own hands. Our students can take specific steps to counter racism and hatred on a local, granular level and this will impact at the universal, international level.

In this way, adolescents can become agents of change. The most important educational message of tikun olam, repairing the world, is that we must not be indifferent, we must not be bystanders, because indifference is lethal. We have to act! We must be agents and facilitators against the evils of discrimination, prejudice, hatred and violence. All teachers need to equip their students with the intellectual and practical tools to deal with complex historical situations.

Thus Holocaust Education should be constructed in such a way that the world can counter hatred—whether based on race, ethnic background, colour, gender or religion.

The growing strength of populist and far right groups in Europe must concern us all. The worldwide wave of anti-Semitism in which innocent Jews are attacked solely for being Jewish while walking the streets of Sydney, Melbourne, Brussels, Paris and Rome has to worry us. The decapitation ceremonies by the Islamic State should cause us sleepless nights. It’s not enough to make general statements of a universal nature about unavoidable, banal evil. We need to act.

Holocaust education enables exploration of human rights literacy in different social contexts from cognitive, social and practical perspectives. It acknowledges the need to develop a new cosmopolitan consciousness transcending national boundaries: a memory connected not only to the past but also to the belief in a common future. The cosmopolitanization of Holocaust awareness and the need to avoid such a tragedy occurring again is connected to post-national processes. Thus, educating about the dangers of racism and extreme nationalism can become an icon for a new cosmopolitan future.

At the same time we must be careful. There can be no doubt that the transformation of the Holocaust into a universal symbol of evil has made it possible to address it in different cultural contexts. But there is a substantial, inherent risk that this approach can “normalise” the Holocaust and thus diminish it. Normalisation can lead to “soft” Holocaust denial. Not aggressive, explicit denial, but denial of its core Jewish elements. In addition, there is a tendency to describe some racial tensions and conflicts as a “Holocaust” when such a comparison is inappropriate. The overuse of the term can thus cheapen it.

We need to integrate the universal message with the particular Jewish story to facilitate moral activism, reflection and comparability. In this way we can foster the Culture of Remembrance by engaging with the past to develop a commitment to a better future (Gross 2008). Remembrance isn’t a static picture of the past; it’s also a dynamic task for the future, which poses major challenges for the entire civilized world.  The notion of a culture of remembrance is inspired by the United Nations definition of a culture of peace. The United Nations (1998, 1999) defined a culture of peace as a set of values, attitudes, modes of behaviour and ways of life that reject violence and prevent conflicts by tackling their root causes in order to solve problems through dialogue and negotiation among individuals, groups and nations. A culture of remembrance is a hermeneutic process that involves continual adaptation, criticism and reflection. The future of the remembrance is dependent on education.

The Role of Education

We need to use these discussions to say to the world: DON’T EVER FORGET, LEST IT HAPPENS AGAIN. Humanity has to stay vigilant and Holocaust education is one of those awakenings, one of the tools we need to ensure that we do remember and are able to provide a brighter future for our children and grandchildren.

With the enormous challenges facing us, we need to work together to pool personal, professional and economic resources and make it loud and clear that racism and hatred only lead to violence where the innocent suffer! We need to keep this discourse burning to awaken current and future generations.

My personal history makes me only too aware of this imperative. This is why I am deeply involved in peace education and for twenty years I have been a facilitator of a conflict resolution course. This is also why I decided to dedicate myself to understanding and strengthening the role of Holocaust education for future generations.

I was named Zehavit – for Zlata – my great-grandmother. Zlata means gold in Polish and this is the meaning of my Hebrew name – Zehavit. I don’t have a photograph of my great-grandmother but I remember that my grandmother would often tell me how much I resembled her mother. I have tried to imagine Zlata’s last journey to the gas chamber. How she stood in line, not knowing what fate awaited her. I thought that if an angel would come from heaven and tell her “nothing can be done, your fate is sealed, but you should know you will have a great-granddaughter who will be privileged to live in the Land of Israel and be invited to the United Nations to discuss the future of Holocaust education”, she would not have believed it. She would certainly have looked heavenwards and said: “That will only happen when the Messiah comes”.

We are honoured to live in one of the most splendid periods in human history. We live in a world of advanced technology, knowledge, and material richness and the question is what are we doing with it? Have we learnt to live in peace with each other? Have we learnt to respect difference and the human rights of others? If we look around the world today, we can see huge challenges. With all our technology we have not learnt to overcome evil. Yet, it is our responsibility to work for a better world. And the Holocaust must, through education, become a powerful tool against racism, helping to educate towards a better, more just, cosmopolitan future for the benefit of all humanity. 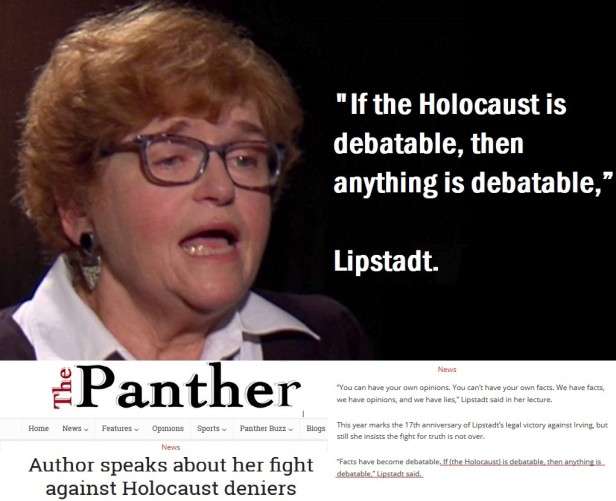 So You Are About To Become A Minority?

In the following clip, Huffington Post declines to reassure you that the intention of open borders is honorable. Enjoy! 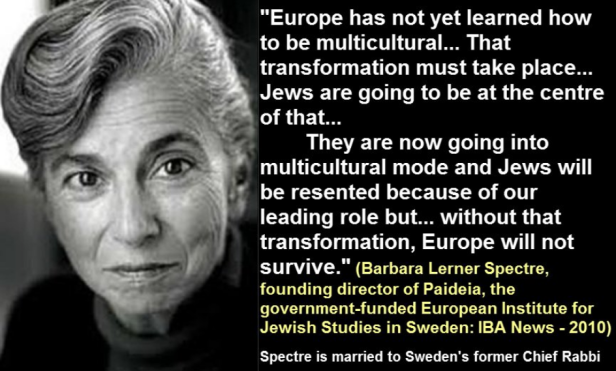 6 thoughts on “Using The WWII Narrative To Ethnically Cleanse Axis & Allied Nations: The UN Migration & Refugee Pacts To Be Signed 12/11/18 Are Worse Than You Know!”