The “Jewish Threat” by Joseph W. Bendersky is a well-researched and documented book that states that many people in American military intelligence believed in an international Jewish conspiracy to take over the world. In fact, many officers in the Military Intelligence Division (MID) were saying essentially the same thing about Jews as Adolf Hitler did.

Colonel William Godson, one of the American Army’s most valued intelligence officers, wrote from Poland:

“The connection between the Jews and the Bolsheviki at Vilna seems to be proven without a shadow of a doubt. When the Bolsheviki entered the city they were taken to the houses of the wealthy by the Jews and apparently had this matter arranged beforehand.”

“I am so thoroughly convinced of the reality of a Jewish movement to dominate the world that I hate to leave a stone unturned.”[1]

During the 1920s, File 245 contained letters between officers, secret agents, state secretaries, and embassies abroad exchanging the latest information on Jews. Among these would be interspersed lists compiled of prominent Jews who supposedly dominated or influenced German banking, industry, and politics. Far more numerous lists would be gathered of Jews supposedly controlling the Soviet government as MID became preoccupied with the link between Jews and Bolshevism. Although Zionism and Palestine received attention, much more concern was displayed toward Jewish refugees and immigration to the United States. Certain prominent American Jews, including Supreme Court Justice Louis D. Brandeis, Felix Frankfurter, and Rabbi Stephen Wise, were considered sufficiently important to warrant individual scrutiny. Most incredible, though, were lengthy, meticulously documented reports such as “The Power and Aims of International Jewry.”[2] 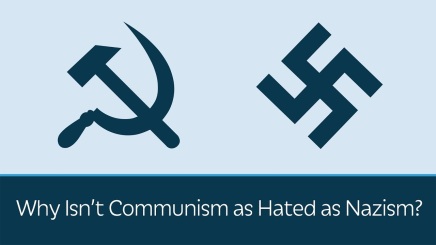 File 245 and other MID records on Jews were stored with other military intelligence material and kept classified until the mid-1970s.[3]

International Jewish intrigues began to surface within MID during the summer of 1918. An agent linked the Joint Distribution Committee of Jewish War Relief (JDC), the Federal Reserve Board, New York Jewish bankers, and the American Jewish Committee with Jewish financiers and centers of propaganda and spying in Germany. The agent also said that the Jewish Bolsheviks who had seized control of Russia now conspired to overthrow other governments. Almost all of the top leaders in the Soviet government were identified as being Jews.[4]

“that there is now definite evidence that Bolshevism is an international movement controlled by Jews.”

In Bern, an American agent reported that 90% of those attending secret Bolshevik meetings were Jews. The British Government also obtained evidence that the Bolshevik movement throughout the world is an international conspiracy of Jews.[5]

“[O]f the Russian Congress some 70% were Jews and the remaining 30% were largely figure-heads…real power…was entirely in the hands of the Jews who were in it…for what they could get out of it, and very few members…really believe in the doctrines which they preach.”[6]

It was widely known among U.S. military intelligence leaders that Jews played a prominent role in the Roosevelt administration. For this and other reasons Roosevelt was unpopular among most U.S. army officers. Bendersky writes:

“Years later, the wife of Colonel Truman Smith recounted the ‘exultation’ and ‘fierce delight’ in their social and political circle upon hearing the news of Roosevelt’s death. Finally, in her words, ‘The evil man was dead!’ ”[7]

U.S. General George Van Horn Moseley was one of the most outspoken critics of Jews. Bendersky quotes from Moseley’s letters and writings:

Endowed with “objectionable” hereditary traits preserved by strict inbreeding, a Jew, Moseley wrote, no matter how assimilated, will always remain a Jew, a permanent “human outcast.” Describing Jews as “crude and unclean, animal-like things,” he exclaimed, “it is like writing about something loathsome, such as syphilis.” Insidiously, Jews rise from the underworld to control the economy, then government, making themselves “all-powerful.” Using international finance simultaneously with communism to further their selfish ends, they know no loyalty to any country. In the modern world, their ultimate goal is the “destruction of Christian civilization as we understand it in America today.”[8]

Many military intelligence officers also saw Jews as the force behind World War II. John Beaty was a G-2 officer in Washington between 1941 and 1947 where he edited secret daily intelligence reports. Beaty wrote the book The Iron Curtain over America based on his insights while inside G-2. He charged that World War II was an unnecessary war fostered by Jews. The war was designed to kill as many Germans and Americans as possible by prolonging the war through demands for unconditional surrender and the Morgenthau Plan. The uncivilized bombing of German cities was also designed to mass murder innocent German civilians.[9]

Beaty described the Holocaust as a “fantastic hoax” and United States support for Israel as a policy fiasco. The Iron Curtain over America received strong support from many in the military intelligence community. U.S. General George E. Stratemeyer, for example, said he owed Beaty a great debt, since from Beaty’s book he finally learned what really occurred back home while he was fighting overseas. Stratemeyer said that every loyal American should read The Iron Curtain over America.[10]

Anti-Jewish feelings in the officer corps remained long after World War II. For example, following a lecture at Duke Law School on October 10, 1974, General George S. Brown complained that the power of the Israeli lobby was “so strong you wouldn’t believe it.” The Israelis, Brown stated, say:

Bendersky concludes the last chapter of his book by writing:

“What can be established beyond doubt…is that into the late 1970s and beyond, certain retired officers pursued their crusade to save America from a Jewish threat.”[12]

These retired officers were saying similar things about Jews as Adolf Hitler did when he was in power.

Explore history, without fear or favor, for yourself.

20 thoughts on “WearsWar Review of Joseph W. Bendersky’s Book: The “Jewish Threat” & The Irony Of Declassified U.S. Intelligence Dossiers & Antisemitism In The Military”