Editor Comment: Given the questionable MSM narratives about recent history and current events it is reasonable to also question the WWII “Good War” narrative and the imprisonment of non-violent elderly Germans.

In 1991 stories were circulated that Iraqis Had Gas Chambers For All Jews. 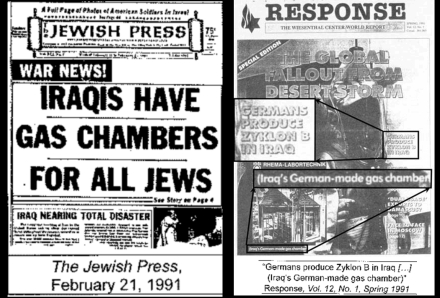 After attending a military parade in Moscow commemorating the victory over Nazi Germany in World War II, the Israeli leader warned that seven decades after the Holocaust, “there is a country in the Middle East, Iran, which calls for the destruction of another 6 million Jews.” 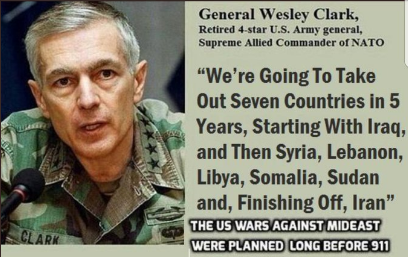 This post focuses on the actions and looting by the United States. We do not mention in this article the looting by other Allied nations.

Ralph Keeling of the Institute of American Economics says:

“The sacking of Germany after her unconditional surrender will go down in history as one of the most monstrous acts of modern times. Its excess beggars description and its magnitude defy condemnation.”

Systematic pillaging and looting by the Allies, particularly the Soviet Union, is still cause of heated disputes between Germany, Russia and the United States. Source: Looting The Truth

The United States did not fight in World War II for conquest or monetary gain. President Harry S. Truman told the American soldiers in Berlin on July 20, 1945:

“We are not fighting for conquest. There is not one piece of territory or one thing of a monetary nature that we want out of this war.”[1]

It is possible that President Truman believed these words when he spoke them. However, billions of dollars in gold, silver, currency, priceless paintings and art works were stolen from Germany and shipped to the United States. More importantly, German patents and trademarks, completed drawings of German technological advances, and tons of secret documents were stolen by the Allies. Hundreds of German scientists were compelled to immigrate to the United States. As one U.S. government agency admitted, “Operation Paper-Clip” was the first time in history wherein conquerors attempted to bleed dry the inventive power of an entire nation.[2]

The Allies also retained control of the German government. Few Americans are aware that no peace treaty concluding World War II was ever signed between Germany and the Allies. The German government from the end of World War II until today has always been a vassal government of the United States. Germany to this day has also always been militarily occupied by the United States. Tens of thousands of American soldiers are stationed in Germany not so much because of the strategic necessities of NATO, but because powerful interests want to make certain that Germany does not “go it alone.” American troops will stay in Germany for as long they are needed to maintain control of Germany.[5]

Although Germany claims to be a democracy in which the will of the people counts, there is no realistic chance that a truly independent party could take power through the election process in Germany. The present German constitution imposed on Germany in 1949 by the victorious Allies ensures that a genuinely patriotic party having the true interests of the German people at heart will never come to power. Treaties later imposed upon Germany by the Allies also require that Germany accept even the most egregious occupation laws as still binding. The German government could not expel the American troops even if it wanted to.[6]

The brainwashing and reeducation of the Germans will probably not cease until the last U.S. soldier and CIA agent leaves German soil. They are not stationed in Germany to safeguard the interests of the people of the United States or of Germany. Instead, they are there to suppress freedom of expression regarding important topics in Germany. The ultimate goal is to destroy the great cultural nation of Germany through the falsification of history and the deliberate estrangement of German values in a controlled pseudo-democratic system.[7]

In occupied Germany non-violent Germans, even if they are Canadian citizens visiting Germany, are imprisoned for questioning the WWII narrative.  German children who are victims of violent crimes receive little or no consideration. Top Left: Ursula Haverbeck, 89 years old. Captured by armed police after a “five day Granny-hunt” for exercising what the occupying Americans consider a First Amendment right. She has been sentenced to serve two years. Parole was not a consideration even though at her age two years may be the equivalent of  a for-life sentence.

Bottom Left: Monika Schaefer a Canadian citizen and her brother Alfred a German citizen. Monika was forcibly incarcerated in Germany without charge while visiting her family and observing legal proceedings in January 2018. Alfred is facing various legal fines and court appearances for expressing what the occupying Americans consider a First Amendment right they will “defend to the death”.

11 thoughts on “Historical Lie Of The Month: America Did Not Fight WWII To Conquer, Loot Or Occupy Germany. It Wanted To Create A Democracy To Protect Grandmothers”