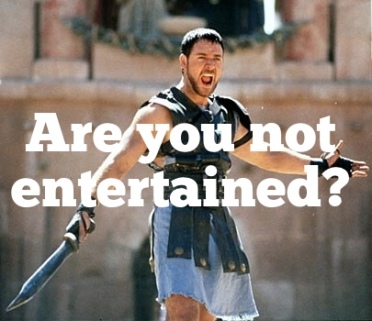 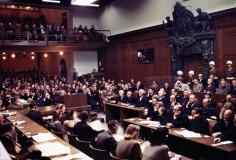 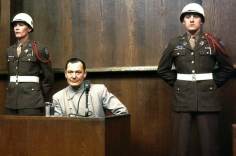 The Nuremberg Trials are arguably the gravest miscarriage of justice since the witch trials of pre-Enlightenment Europe and colonial America. At the close of the Second World War, the Allies arrested the entire hierarchy of the Third Reich and put its members on trial for “war crimes” and “crimes against humanity,” the latter an entirely new concept in international law. Actions taken by various governmental officials were declared, ex post facto, to be “crimes.” Perfectly legitimate organizations were declared to be “criminal” and all members of these organizations were subject to arrest and incarceration without writ of habeas corpus.

Normal rules of evidence were suspended and affidavits of “witnesses” were not allowed to be cross examined. The prosecution presented as evidence numerous documents which were such absurdly bad forgeries that they were disallowed by their own judges out of sheer embarrassment. Both the American judge, Biddle, and the Russian judge, Nikitchenko, made statements prior to the trial to the effect that the defendants had already been convicted. The press was invited to watch the proceedings and the trial was broadcast over the radio. It lasted nearly a year and for entertainment value it outdid the Circus Maximus and the games of the Roman Colosseum combined. It was the political show trial of the century, making the 1930’s purge trials of Stalin seem like the epitome of just law.

Carlos Whitlock Porter was born in 1947 in California in a family of Navy officers and lawyers. C.W. Porter studied in Europe, and is a professional translator and member of the Institute of Linguists. Since 1976, he has studied the Holocaust and war crimes trials with detailed patience and precision, including the related questions of law, toxicology and chemistry. Concerning the International Military Tribunal trial records, C.W. Porter’s work exposes these kangaroo courts to have been absurd and hideous miscarriages of justice. The Nuremberg Trial records would be hysterically funny if they were not responsible for over fifty years of suffering and injustice.

Recommended: Nuremberg Farce #13: An Einstein Attends His Own Murder Trial

5 thoughts on “Nuremberg Farce Quote #33: For Entertainment Value The Nuremberg Trials Outdid The Circus Maximus & The Games Of The Roman Colosseum Combined”