Lady Michele told CAFE: “I left the Jews out of my comments. When I was in the police car, the police woman claimed I told her: ‘The Jews were gassed but that was not a holocaust.’ I never said any such thing. That is one of the accusations against me.”

In Dresden, Germany on 17 February 2018, German Nationalists held a public demonstration to mark and to mourn the  victims of the Allied (British) bombing of that defenseless city. I was present to speak at the rally, but unfortunately the Police closed the rally down before I had a chance to speak. You may know already that my friend, Lady Michele Renouf, was arrested at the rally.

Here is the translation of the speech which Richard Edmonds intended to make in the centre of Dresden , 17th. Feb. 2018.

The Commemoration Of The Bombing of Dresden Febuary 1945

Friends, my name is Richard Edmonds. I am British and I have travelled here to Dresden to say that the bombing of Dresden in February 1945 was a crime, a crime which was committed by the British government. As we know, in the final weeks of the Second World War, hundreds of British bombers mercilessly attacked this city. The blood of the victims stains and besmirches the hands of the government that ordered this dreadful attack.

It was Churchill’s government which ordered the attack on Dresden. And it was Churchill’s government which started the bombing war: the bombing war which deliberately rained terror, mutilation, fire and death onto the homes of millions of defenceless civilians, women, mothers, children and old folk. And the British government openly and shamelessly confirmed in the official history of the British Royal Air Force that it was Britain that started the dreadful and pitiless bombing war. I quote from the official history of the Royal Air Force:

“It was we British who started the bombing war which aimed deliberately to target civilians.”

Fact: it was British bombers which deliberately bombed the German city of Muenchen Gladbach as early as April 1940; in the early summer of 1940 British bombers repeatedly bombed the towns of the Ruhr district. The reaction of the German government against these repeated bombing attacks on German towns and cities came only months later. For example, the notorious attack by the German Luftwaffe on Coventry came as late as November 1940.The role of Churchill’s government in initiating the bombing war and its increasing barbarism is clear. For example the leading British official and Secretary of State at the British Ministry of War, James Spaight, described in his official book Bombing Vindicated, and I quote:

“We British started the bombing war which was aimed deliberately at civilians living in homes hundreds of miles behind the fighting front-lines.” And the British Secretary of State, member of Churchill’s government said that “we are proud, proud of what we did”

These are the words of the British Secretary of State and member of Churchill’s war-time government. Hundreds of thousands of civilians fell victim to the British and American bombing war. It is of course a war-crime for a soldier to aim his weapon at a civilians. The British and Americans gave themselves permission a million times over to commit this particular war-crime. And Churchill’s Secretary of State was “proud” of what they had done. One sees the source of the cold-blooded barbarism.

In war-time Britain there were principled individuals who publicly spoke out and condemned Churchill’s merciless bombing war. One of these brave individuals was the British academic, Charles Percy Snow, and I quote:

As a British person in the centre of Dresden here on this day of mourning, I would like to say that with all decency, the present British government should apologise to the German people for the crimes committed by Churchill’s government and in particular for the sadistic impulse of Churchill’s government to murder defenceless civilians, mothers and children.

On Saturday, February 17, over 300 nationalists attended a memorial in Dresden for the nearly 500,000 German civilians killed there in British and American terror bombing on February 13 and 14, 1945. As usual, a group of Antifa came and tried to drown out the nationalists with noise. Police kept the two sides apart. Organizer Gerd Ittner was not allowed to speak because he’d been to jail under Sec. 130 (Germany’s holocaust blasphemy law). Echos of communist era repression of free speech.
Lady Michele Renouf  was not a scheduled speaker but people recognized her as a famous model and supporter of free thinking. She was pressed to deliver an impromptu talk. She was cut off part way through by the vigilant political police. The memorial was shut down and the participants kettled and detained for four hours.
Lady Michele was taken away in a police car and detained for five  hours. An investigation has been initiated against her under Sec. 130 of the German criminal code. Her identification was checked. She was questioned and then released. Her answers will be studied by the authorities and, then, they will decide how/whether to proceed. Lady Michelle had to provide contact information for receiving documents from the court.
In an interview, Lady Michele told CAFE:

“I left the Jews out of my comments. When I was in the police car, the police woman claimed I told her: ‘The Jews were gassed but that was not a holocaust.’I never said any such thing. That is one of the accusations against me.”

If the case proceeds, Lady Michele said: “I will appear in court.”
She noted that her detention gained the rally worldwide attention from Sidney to Kosovo to Jerusalem. She noted that the fake news Associated Press (February 18, 2018) datelined its report Berlin, instead of Dresden, and fudged the full purpose of the rally, merely throwing out the soap opera smear “a neo-Nazi rally.”
In a note today, she added:

” I regret only that my arrest caused the Dresden Memorial event midway to be closed down and that the scheduled speakers were thus frustrated in their good intentions.  Indeed I pleaded with the police to allow the event to be let go ahead, pointing out that I was invited only on the spot to give an impromptu speech [simply because some of the 300 strong audience cheers at the mention that I was among their number] and so the event as scheduled should not suffer.  But alas a police-woman lied that I had said (which she falsely attributed to me “jews were gassed but that is not a holocaust”) and so she over-ruled the others.  I was released five hours afterwards still charged with Volksvehetzung (populace incitement) Para 130.
However it was nice to know that one other officer tried to relieve me of my guilt for the event closure by suggesting, to my surprise, that the audience would have preferred to hear my speech!  It was also nice to know that comrades who had not the chance to speak held no hard feelings, even after being kettled for four very chilly hours afterwards in the street, for they cried:
“ It is time to defeat the enemy, they stole our good comrade Lady Michelle”!

Sweet.  I treasure their warm loyalty.  In all events, as our English comrade, Richard Edmonds likewise re-assures me, that owing to my ad lib and arrest for Volksvehetzung (populace incitement) Para 130 “you have certainly put the demo on the world map; I think otherwise it would have passed unnoticed”. There does seem to be 10 pages worth and mounting on Google, astonishing.

We shall now see what the authorities decide to do about me (goaded on, one can expect, by Dr.Zuroff of the Simon Wiesenthal Centre who long ago noted “Renouf is very dangerous” [for being credible] plus the Israeli “settler” who [with impunity] incites across Facebook “Send Renouf ricin in a get-well card”).  Prison is a waste of time politically, but an enforced chance to learn German could be nice!”

Alfred Schaefer, himself several times charged under Sec. 130 rejoiced at the turn of events:

“The commemoration on 17 Feb for the bombing of Dresden in 1945 was a great success. People all around the world are WAKING UP! The shutting down of this event has helped us gain much wider attention than we could have hoped for otherwise.” 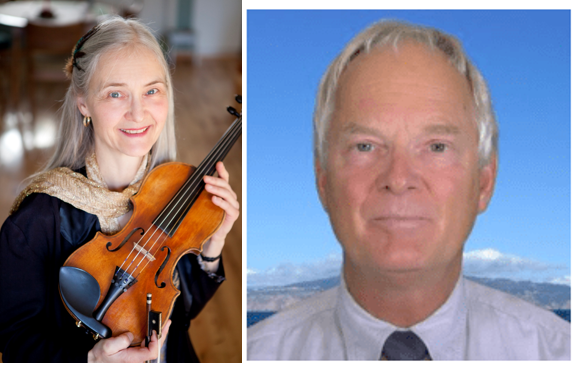 The publicity for this event, which the press has recently tried to ignore, has rocketed worldwide. I thank Gerd Ittner for this very partial list of write-ups of this event. 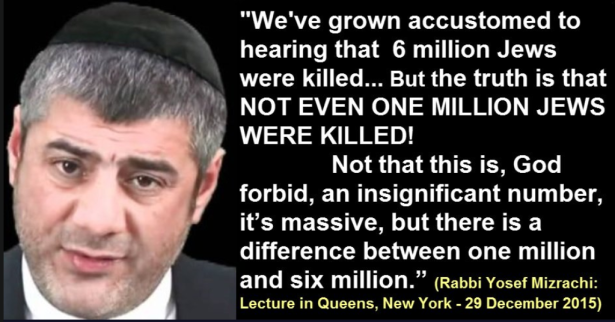