“People can be found guilty of a crime even when no evidence is presented that they committed a crime.”

Initially relatively little was written about the alleged genocide of European Jewry. For example, three of the best known works on World War II history are Gen. Eisenhower’s 559-page Crusade in Europe, Winston Churchill’s six-volume The Second World War (4,448 pages total), and Gen. de Gaulle’s three-volume Mémoires de guerre (2,054 pages total). Published from 1948 to 1959, these books in 7,061 pages of writing make no mention of anything related to the Holocaust story.[1]

Most of what was written about the Holocaust story was primarily based on eyewitness testimony from Jewish survivors of the German camps. The historical blackout forces sought to intimidate German eyewitnesses from writing about their observations in the German concentration camps. When Thies Christophersen published The Auschwitz Lie in 1973, he was charged with “popular incitement,” “contempt against the state,” and defamation of the Jews. Christophersen spent a year in prison even though the charge of popular incitement was eventually dropped. All Christophersen had done was to write about his experiences while he was working in Auschwitz in 1944.[2] 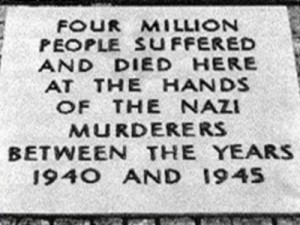 German Judge Wilhelm Stäglich later published an account of his Auschwitz observations in the October 1973 issue of the magazine Nation Europa. Stäglich’s public challenge to the official version of life at Auschwitz brought forth severe reprisals from the German government. Stäglich was induced to resign his job as a judge in Hamburg, his health having been affected by a harassment campaign against him. German authorities also attempted to deprive Stäglich of his pension, eventually settling on a 20% reduction in his pension over a five-year period. Finally, in a crowning absurdity, Stäglich was deprived of the doctoral degree he had earned at the University of Göttingen in 1951.[3]

Prematurely retired by force, Stäglich worked for several years on an extensive study of the evidence supposedly substantiating systematic murder by gassing at Auschwitz. The book resulting from his study, Der Auschwitz Mythos, disputes the various “proofs” offered for the Auschwitz myth and is a damning analysis of the postwar trials staged by the Allies. The publication of Der Auschwitz Mythos in West Germany in 1979 caused the defenders of the Holocaust story to censor Stäglich’s book. Nevertheless, all but seven of the 10,000 copies of the first edition of Der Auschwitz Mythos (pictured above with Ursula Haverbeck) had been sold by the time the book was ordered seized by the German government.[4]

Wilhelm Stäglich wrote in 1984 concerning the intellectual subservience and guilt inculcated in most Germans since the end of World War II:

…We Germans, in spite of the repeated assurances to the contrary of our puppet politicians, are politically and intellectually no longer a sovereign nation since our defeat in the Second World War. Our political subservience, which is apparent in the fact of the breaking up of the Reich and the incorporation of the individual pieces into the extant power blocks of the East and of the West, has had as its consequence a corresponding intellectual subservience. Escape from this intellectual subservience is prevented primarily by the guilt complex inculcated in most Germans through the “reeducation” instituted in 1945. This guilt complex is based primarily on the Holocaust Legend. Therefore for we Germans the struggle against what I have called the “Auschwitz Myth” is so frightfully important.[5]

Germany passed laws soon after the publication of Stäglich’s book making it a felony to dispute any aspect of the Holocaust story. Similar laws were eventually passed in the following countries: Austria, Belgium, Bosnia and Herzegovina, Czech Republic, France, Greece, Hungary, Israel, Liechtenstein, Luxembourg, the Netherlands, Poland, Portugal, Romania, Russia, Spain, Switzerland, and the European Union.[6] The obvious question is: 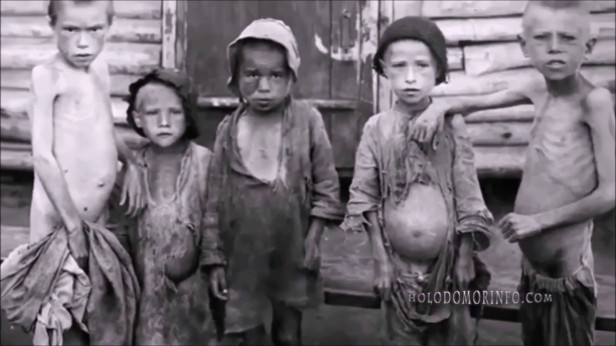 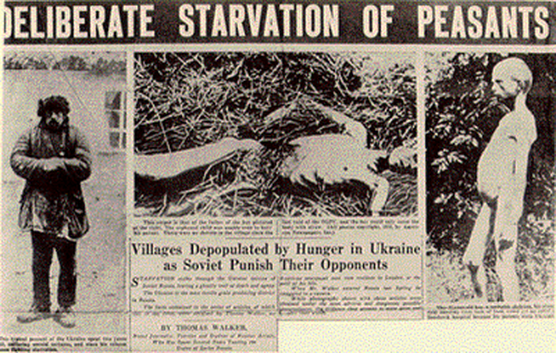 European scholars who have questioned the Holocaust story have suffered tremendous hardships. For example, French revisionist Dr. Robert Faurisson lost his professorship in 1991, has been viciously beaten by thugs who were never caught or prosecuted, and has been the defendant in numerous law suits. Faurisson believes that revisionist historians are up against a religion. Faurisson said:

“The belief in the Holocaust is a religion. We have to fight against this religion, but I don’t know how to fight a religion. Revisionists can look at demographic figures, historical documents, forensic evidence, etc., but there is no example in history of reason destroying a religion.”[7]

Revisionists have also been persecuted in countries where questioning the Holocaust story is still legal. Canadian revisionist Ernst Zündel was tried in 1985 and 1988 in Toronto, Canada for the alleged crime of knowingly publishing false news. All Zündel had ever done was publicly dispute the Holocaust story. Even though Zündel won both cases on appeal, he continued to be attacked and persecuted in Canada. In 1995 his Toronto residence was the subject of an arson attack resulting in over $400,000 of damages. Zündel was also the recipient of a parcel bomb that was defused by the Toronto Police bomb squad.

Zündel later moved to rural Tennessee to live with his wife Ingrid Rimland. In February 2003 Zündel was arrested in Tennessee for alleged immigration violations and deported back to Canada. Zündel was forced to spend over two years in solitary confinement in a Toronto jail cell even though he was never charged with a crime. Zündel was deported to Germany in March 2005 where he was tried and convicted of inciting racial hatred and defaming the memory of the dead. Zündel spent five years in prison in Germany. 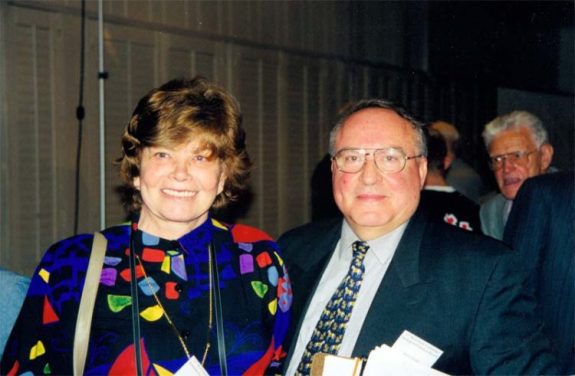 “The media and educational system have dumbed the people down to a level hitherto unknown in the civilized world. They are modern-day zombie populations, led around by the nose—mentally so manipulated that they cannot think straight, much less act in their own self-interest, either as individuals or as societies and states. Both in spirit and in reality, they have become the tax-paying cash cows and playthings of an alien oligarchy.”[8]

Some people in the United States have been forced to abandon their revisionist work even though U.S. citizens enjoy the First Amendment right to free speech. For example, David Cole, whose parents are both Jewish, was very effective in the 1990s in promulgating revisionist viewpoints. He was so effective that the Jewish Defense League threatened him into recanting his views. In January 1998 Cole changed his name to David Stein to protect himself, and he became publicly known as a right-wing Hollywood Republican. In May 2013 David Cole was exposed by a former friend and is now using his original name again. Hopefully his right to free speech as an American, will be respected in the future.

“The Holocaust is an incontestable fact.”[9] 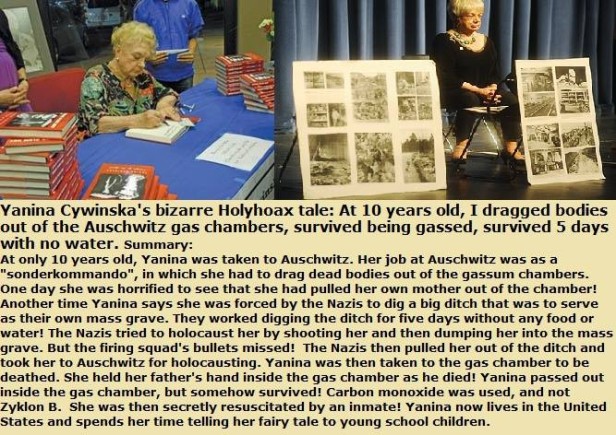 Defenders of the Holocaust story have also taken extreme measures to prosecute perpetrators of the alleged crimes. John Demjanjuk, for example, was found not guilty by the Israeli Supreme Court in 1993 of being Ivan the Terrible at Treblinka. Demjanjuk returned to his home in Cleveland, Ohio and looked forward to a peaceful retirement after spending years on death row in Israel. Unfortunately, in 2001 Demjanjuk was charged again on the grounds that he had instead allegedly been a guard named Ivan Demjanjuk at the Sobibór camp in Poland.

On May 11, 2009, Demjanjuk was deported from Cleveland to be tried in Germany. On May 12, 2011, Demjanjuk was convicted by a German criminal court as an accessory to the murder of 27,900 people at Sobibór and sentenced to five years in prison. No evidence was presented at Demjanjuk’s trial linking him to specific crimes. Instead, Demjanjuk was convicted under a new line of German legal thinking that a person who served at an alleged death camp can be charged as an accessory to murder because the camp’s sole function was to kill people. No proof of participation in a specific crime is required. Demjanjuk died in Germany before his appeal could be heard by a German Appellate Court.[10]

This new line of German legal thinking is breathtaking in its unfairness. It incorrectly assumes that some German concentration camps were used for the sole purpose of exterminating people when, in fact, none of them were. Moreover, this proposed German law finds a person guilty merely for being at a certain camp. People can be found guilty of a crime even when no evidence is presented that they committed a crime. The Simon Wiesenthal Center has been looking to help prosecute and convict other elderly German guards under this line of German legal thinking.[11]

The Holocaust story is being used to increasingly restrict free speech. Moshe Kantor, President of the European Jewish Congress, spoke at the International Holocaust Remembrance Day at the European Parliament ceremony in Brussels on January 27, 2014. Kantor rejected free speech arguments over what he called the worldwide spread of anti-Semitism.

Anti-Semitism is “not an opinion—it’s a crime,” he said.

Kantor apparently wants to criminalize any speech, symbols, or gestures that Jews consider to be anti-Semitic.[12]

Update: In response to the decision by Amazon to ban the book  The Six Million: Fact or Fiction? (7th edition)  worldwide from its platform, author Peter Winter has now released the very latest edition free to read on the internet. #ReleaseMonikaSchaefer.

12 thoughts on “The Desperate Measures To Enforce Belief In One & ONLY One Historical Event Are Escalating In Absurdity: Old Ladies Get Jail, Rapists Go Free”