“At the time this movie was made it had one of the largest casts ever assembled … was very successful … When it was shown in Moscow, despite all the good will, people who saw it considered it a comedy—its portrayal of average, everyday life in the Soviet Union apparently way off the mark for 1943”.  Robert Osborne

The movie chronicles the experiences of the second American ambassador to the Soviet Union and was made in response to a request by Franklin D. Roosevelt.

The book Mission to Moscow praised Josef Stalin’s tough-minded ability to protect himself from internal threat. Published in 1941, Mission to Moscow provided welcome reassurance to the American public that their democracy was in alliance with a fair-minded and trustworthy Soviet leader. The book became a runaway international success, selling 700,000 copies in the United States alone, and topping the bestseller lists in the 13 languages into which it was translated.[1]

Mission to Moscow was turned into a Hollywood movie in 1943 at a time when American media was celebrating Soviet military triumphs. State Department experts on the Soviet Union called the movie

“one of the most blatantly propagandistic pictures ever seen.” 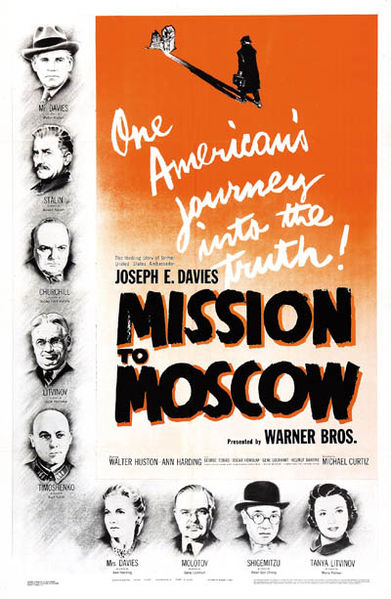 Former U.S. Ambassador to the Soviet Union Joseph Davies appears at the beginning of the movie telling everyone that Stalin was devoted to world peace. Davies portrays Stalin as a man of high integrity who bravely fought the evil plans of Adolf Hitler to conquer the world. Stalin awarded Joseph Davies the Order of Lenin in May 1945 for his contribution to “friendly Soviet-American relations.”[2]

What does the movie Mission to Moscow get wrong?

Stalin is heralded by the US Ambassador as “a great builder for the benefit of man kind”:

Wears War Verdict for the Movie: 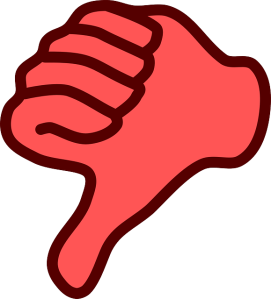 Strong thumbs down. This movie is a joke even by Hollywood standards.

Fortunately, the movie lost money and was not a commercial success. Mission to Moscow’s numerous factual inaccuracies and outright false portrayals of Soviet leaders and events resulted in criticism from those on both the left and the right of the political spectrum. (Source: https://en.wikipedia.org/wiki/Mission_to_Moscow).

Nuremberg Farce – Quote #17: Freshening Stalin’s Murderous Image & The Great Purge Trials For Nuremberg: “When Hitler’s invasion of Russia in June 1941 transformed Stalin from a confederate of Hitler into an ally of Britain, it became imperative to expunge from public memory all recollection of what was known concerning him and the grim police state which he had established in Russia. This was successfully accomplished by the invention of the Great Stalin Myth. In place of the ruthless tyrant whose character was finally revealed to the world in 1956 by his successor, Nikita Khrushchev, there was held up for public admiration the benign figure of “Uncle Joe Stalin”, the champion of liberty and lover of all mankind, the loyal ally who was inspired by the same lofty ideals as Churchill and Roosevelt. To preserve public belief in the Stalin Myth it was absolutely imperative that no mention of any kind should be made of the Great Purge.”

How Stalin Conspired To Foment WWII & Infiltrate The U.S. Government

How FDR Forced Hitler To Declare War On America

2 thoughts on “A Wears War Movie Review: Mission To Moscow, The Factual Movie President Roosevelt Wanted Made & The Russian People Thought Was A Comedy”