“I regard the Nuremberg ‘war crimes trials’ as one of the worst reflections upon enlightened leadership in world affairs as ever has been known. These trials by victor nations were for the purpose of punishing those of the opposite military forces for simply performing their duty which common honor required to be done. The trials really were a disgrace upon all who participated therein. Having no sympathy whatever with the defendants in their military objectives, yet I respected their duty to obey the orders issued to them by their country and its leaders. It is especially regretted that our country participated in the prosecution. It is hoped that such a situation will never be repeated. It is a stigma on American ideas of justice. As a former member of the Permanent Court of Arbitration at The Hague, I am deeply interested in the cause of peace. Peace can never be advanced by such methods as were developed during these alleged trials. Peace can only be made permanent under Law and not in defiance of Law.” 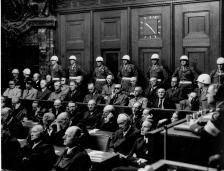 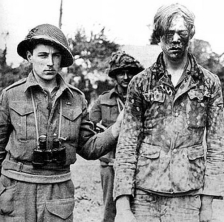 Highly questionable and extreme atrocity propaganda was instrumental in both magnifying and falsifying German guilt to justify the Nuremberg Tribunal and subsequent trials that continue today in 2017.

The Rule of Law and due process in these trials has never been adhered to in a way the average citizen believed nor expects. You are never informed of the peculiarities, discrepancies and oddities occurring in these type of trials now ongoing for 70 plus years and expanding into many nations.

Why are you not fully informed of their implications into the future?

This is living history stretching into today and tomorrow.

Here is your warning call:

Extract from: How Many Genocides Can Germany Survive? “Genocide of The German People” – Part 2

“…Friedrich Grimm, a renowned German authority on international law, was shown samples of new leaflets printed soon after the war in German to be distributed by the Allies throughout Germany. Describing German war crimes, the leaflets were the first step in the reeducation program designed for Germany. Grimm suggested to an Allied officer that since the war was over, it was time to stop the libel. The Allied officer replied:

Why no, we’re just getting started. We’ll continue this atrocity campaign, we’ll increase it till no one will want to hear a good word about the Germans anymore, till whatever sympathy there is for you in other countries is completely destroyed, and until the Germans themselves become so mixed up they won’t know what they’re doing![1]

Guilt pervades Germany as a result of the Allied propaganda campaign…”

2 thoughts on “Nuremberg Farce – Quote of The Week #12: Killing Justice An Unholy Victory”