The trials served to both illuminate and falsify history. In the hand of the experienced historian, their documentation is a good guide; in the hand of a demagogue it is a dangerous knobkerry*.

*Knobkerry: a primitive short wooden club with a large knob at one end used to kill in battle or when hunting. 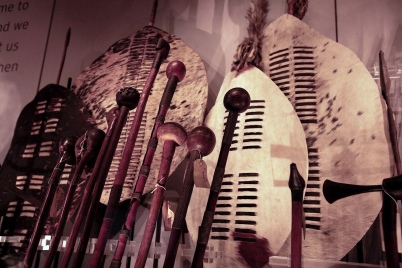 The following video strictly speaking is factual. However, absent of all the historical facts objectively presented, is it dangerous propaganda? Is it a “knobkerry“?

Consider for a moment, the ominous words at the 1:30 – 1:38 minute mark. Why not summarily execute the defeated enemy leaders as was generally traditional? Why engage in extremely costly, elaborate show trials if they were merely to dispense immediate ‘justice’ and not a more elaborate agenda?

Nuremberg Trials Key Moments: The End of the Fuerhers. Pathe library footage of Lord Justice Lawrence making speech to courthouse on first day of Nuremberg trials. Footage of Hermann Goering standing and making speech. Wilhelm Keitel standing in dock at Nuremberg. Various shots of Keitel when he was a Field Marshal in German Army. Various shots of large Nazi rally in Germany during 1930s. Baldur Von Schirach standing in dock at Nuremberg. Swastika on top of Nuremberg Stadium being exploded.

2 thoughts on “Nuremberg Farce – Quote of The Week #9”