John Wear’s work will appeal to the type of readers who intuitively know that something is very wrong with the official version of events and are searching for the missing pieces. 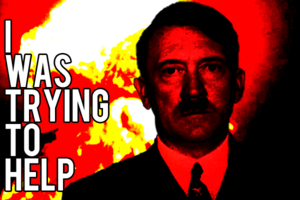 A Book Of Great Merit, April 19, 2017
By verified Amazon purchaser.

This book is for those of us who are open minded and research orientated. John Wear’s work will appeal to the type of readers who intuitively know that something is very wrong with the official version of events and are searching for the missing pieces.

The author explores the Allied victimization of the German people after the end of World War II where approximately 1.5 million German prisoners of war died due to intentional starvation and exposure to the elements. Millions of innocent ethnic Germans expelled from their homes died in what was meant to be an “orderly and humane” relocation. The Allies controlled the media which meant photographs of these camps did not reach the newspapers and cinemas. Eisenhower showed the piles of dead bodies at Buchenwald, Bergen-Belsen and other German camps at the end of the war, but pictures of the dead & suffering human beings at these American-run Prisoner Of War camps never saw the light of day.

Why is it people openly express their horror and outrage at some wartime events while ignoring others – feeling great concern for some atrocity events like this do not even emotionally touch them at all. They divide up human lives between those they consider worthy and those they consider unworthy,causing them to feel indignation at one expression of mistreatment and indifference at another. It is obvious to me that important elements of the wartime narrative have been systematically ignored. Unfortunately too many gullible people have wholeheartedly accepted a mainstream account of events that is highly distorted and only partially true.

* The author draws upon the work of James Bacque who has provided the major text in this area of historical research. Bacque is credible because he has provided an enormous amount of eyewitness testimony to back up his assertions including quotes from German survivors of the camps.”

Order your copy of Germany’s War here, here or here.